Welcome to Marist Catholic College North Shore, a co-educational Kindergarten to Year 12 Catholic school in the Marist tradition.  This site has been created to assist you and your family with information about the college as it endeavours to provide you with some insight toward the diverse, agile and vibrant educational community that we aim to create.  It is one that nurtures and examines the interests and talents of each child and one, we believe, that serves to create young Christian women and men of good character and balance.

With Mary as our model in faith, we encourage students to grow into the fullness of their humanity in an educational environment where they feel welcomed, accepted and valued.

The founder of the Marist Brothers, St Marcellin Champagnat, speaks to women, men and lay about our shared privilege and responsibility when he asks us to form good Christians and good citizens.

A Marist Catholic College North Shore education is also one that is reflective of our dual moral purpose; formative of their hearts and minds, where students are encouraged to know how to seek God, and know how to work in the service of others.  We strive to animate our delivery of learning, teaching and wellbeing, as one which is innovative and creative, underpinned by contemporary and relevant pedagogy.

I hope the information on this website will provide you some insight into the life of this college and to sense the true spirit and culture of the Marist North Shore community.  You are welcome to come and visit us to experience first-hand the friendly and supportive nature of our community.

Our History and Charism 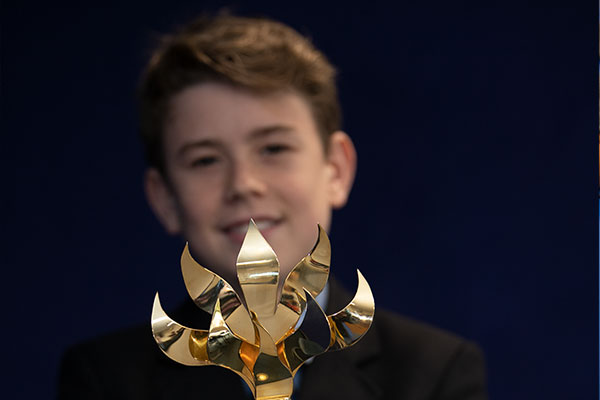 Marist Catholic College North Shore opens in 2021, combining two excellent and long standing Catholic schools in the North Sydney area. The rich history and tradition of both schools shapes the new school of the future.

Marist education began in North Sydney in 1888, on the historic St Mary’s site, opening with 65 boys. In 1916, with enrolments in excess of 300, the school was moved to the neighbouring site. In 1965, with the amalgamation of Marist Brothers Mosman and Marist Brothers North Sydney, Marist College North Shore commenced. When this occurred the Sisters of St Joseph ran St Mary’s as a secondary school. In 1956, it became a primary school and was run by the Sisters of Mercy until 1989, when the first lay principal was appointed.

St Mary’s Catholic Primary School has operated in North Sydney, as a Catholic systemic co-educational primary school since that time, being part of Our Lady of the Way Parish consisting of the churches of St Mary’s, North Sydney; St Francis Xavier, Lavender Bay and Star of the Sea, Kirribilli.

In 2018, it was decided that these two excellent schools would become one K–12 co-educational school to meet the growing demand for co-education for Catholic students in the area. Marist Catholic College North Shore commences in 2021 as one school with two campuses at North Sydney.

Marist Catholic College North Shore has had the influence of many charisms since 1888. A major influence is of course the Marists as are the Jesuits with the school connected to the Jesuit run parish, Our Lady of the Way, North Sydney. Over its rich history the Sisters of Mercy and the Josephites have also supported the growth of the school. Sydney Catholic Schools who have responsibility and oversight of the school now and into the future acknowledges these beautiful charisms and recognises their influence on the school in the development of the new vision, mission and values.

The five values of the Marist charism

Our Mission, Vision and Values 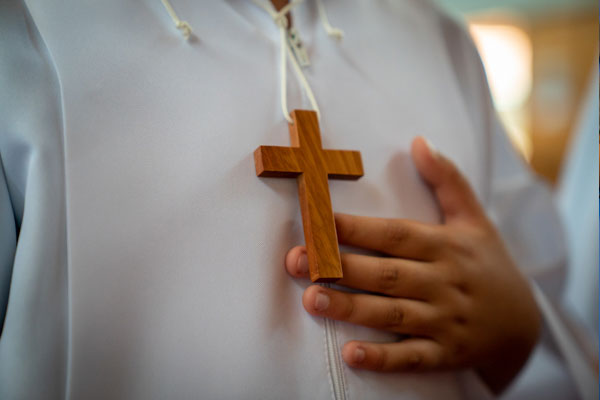 Our Vision
A hope-filled Catholic community, empowering students through teaching and learning to serve others in the fullness of Christ.

Since the parish was established in 1888 the Jesuits have cared for the faith community of North Sydney. The Our Lady of the Way Parish supports the local community, as well as the school, and communities beyond through outreach support and activities.

Of particular importance to the parish is its support of the young catholic community. The young people’s Mass on a Sunday evening is extremely well attended with the young of the parish taking responsibility for the music and Liturgy.  The parish encourages the schools to be involved in parish life and the schools support the parish by attending the celebration of the Eucharist, supporting the outreach initiatives of the parish and by connecting with Fr Richard Leonard, the parish priest and Jesuit Mission who work on the North Sydney site.

There are three churches in our parish community: St Mary’s Church in North Sydney, St Francis Xavier Church in Lavender Bay and Star of the Sea Church in Kirribilli.

Proudly Part of the Community of Sydney Catholic Schools

Our school is part of a system of over 150 low-fee Catholic schools in the Sydney Archdiocese.

Sydney Catholic Schools are thriving Catholic communities that ignite a love of Christ through excellent teaching and learning to empower students to reach their full potential.